Essay Writing
Level: VIII-X Time: 30 minutes
Topic: Rivers in Nepal Full marks: 10-12
Total paragraphs: 4
Total words: 323Nepal is rich in water resource. There are many small and big rivers. These are the natural gifts for Nepal. It is proved by the fact that Nepal is the second richest country in the world after Brazil in water resource. Most rivers in Nepal originate from the snow clad mountains. Among these rivers in Nepal Koshi, Gandaki, Narayani and Karnali are some of the biggest rivers which flow from the Himalayas all through the year. Koshi is considered as the largest and Karnali is considered as the longest rivers in Nepal. Similarly, there are other rivers such as Bagmati, Bheri, Rapti, Kamala, Seti, Marshyangdi, etc. And many zones of Nepal are named after these rivers.

Rivers are known as the white gold in Nepal. Rivers have been used to generate hydroelectricity. For example, Sunkoshi, Marshyangdi and Trishuli are some of the leading hydroelectricity projects in Nepal. Since Nepal is an agricultural country, the multipurpose river projects have eased the farmers in the terai and some hilly regions in irrigation and having multiple farming. Besides, these projects also have helped in the supply of drinking water in many parts of Nepal. Some of the big rivers like Narayani and Kali Gandaki have also provided a good navigation service to facilitate the villagers and the tourists. Another important use of rivers in Nepal is the most famous rafting sport. Mostly Bhote Koshi, Karnali and Trishuli are well known for rafting. They are helping Nepal to earn a substantial foreign currency which adds to the lions share of the national economy.

It is therefore essential for Nepal to value and exploit the potential of these rivers in a sustainable manner. There is no denying the fact that Nepal can sell its electricity to its gigantic neighbours India and China thereby adding a huge foreign currency into the pocket of its budget. The future of Nepal can be brightened if water resource is utilized well.

Suggestions:
In this question, our topic has two major words at the focus. They are Rivers and Nepal; therefore we have to show the relationship in between them. Understand the topic well first. On many occasions, students deal with only one part of the topic which makes them deviate from the content thereby resulting in poor performance in tests and exams.
Pay more attention on writing the introducing and the concluding paragraphs. Make these two paragraphs short and specific. Do not end your essay with any negative aspect of the topic. Always end with a positive note and emphasis. Use connectives wherever necessary, but do not overuse them. Use them most importantly for connecting one paragraph with the other. 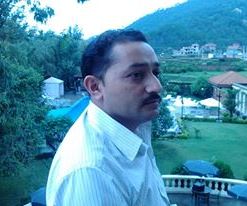