The change I want to make: Prasiddhi Dhungana 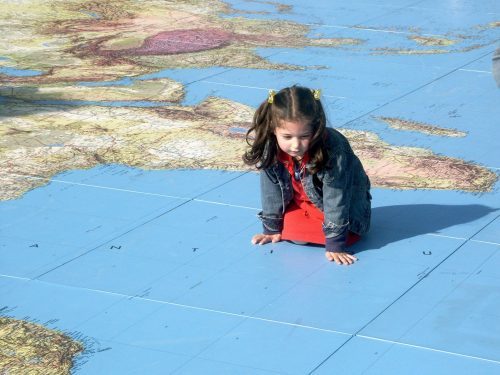 Today’s world is facing in- numerous challenges and crisis as it is being a global village in a theme and getting fragmented in it’s real existence. Science and technology has created  serious threat to the humanity to be existed in the present day world. The outmoded knowledge has been emerged in the world’s periphery. In a sense, the present world is beyond one’s imagination and thought.

Change is a dynamic process and keeps going on continuously. New dimensions, new forms and new styles of every existed standard have been carried out in the world. Everyday is being a new day of knowledge expressed via the experiments under science and technology. People in the world want something new and that  is possible when there is ‘change’. Of course, change brings not only positive vibration in the humanity but also flashes results beyond people’s intentions and expectations. Today people are speaking on behalf of change but the change that creates new perspectives on people’s lives and living, new perspectives on the supervision of world’s total humanity and all living creatures are the forms of change that I would like to advocate through this essay.

A certain dogma on some existed principles may not work for a longtime in the same styles and forms conveying and fulfilling the people’s need.Certainly,change is inevitable but the forms and structure of  change should get generalized and advocated well. Today the world is facing obstacles and possibilities of nuclear war;the change I advocate to make is creating peaceful world. I concept of the world where everyone can get equal status and equal identity regardless the origin, nationality, gender, sex, ethnicity, caste, title, morale and colour. I want to see all the people happy, cheerful, equal, free from stress and tension around the globe. I advocate for the peace and justice for better world for forthcoming generation. The change I want to make is to ensure peace and justice to each individual in the universe. I want to see the people who are free and enjoy their freedom freely. People around the world are dying of hunger, the change I want to bring is to wipe out the starvation. Street children, orphans, refugees, homeless, penny less, struck by the disasters are still seen in the various corners of the globe, the change I want to make is to build a safer world for each individual in this Earth.

Change itself is not created or transformed. It certainly takes a period of time but the gradual process must not be obstructed on its course. The change I want to make is interrupted walk in individual’s destination. The fear of war and fear of untimely death is slightly fuming in the atmosphere, until and unless we can stop and wipe out the scenario, it would be a great threat to the humanity in the globe . So, we should stand for bringing change in people’s thinking.

People are compelled to live under the canopy of fear, tension, conspiracy, fraud, assault, and so many social evils. They feel that the world is not safer for them and the change I want to make is heavenly works where is no scope for superiority and inferiority.

To sum up, change is necessary for the better world and modes and the procedures we adopt to bring change is varied in terms of beliefs, dogma, state of sophistication and source of knowledge. I want to make change in every system and the way people take the world in its existence. In a sense, the change I want to make in the present world is to create a better world for a better humanity.