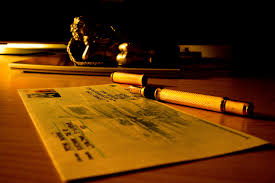 “True purpose of education is to make minds, not careers.”
“Gaining knowledge is only one part of education; its application is equally important aspect of it.”- anonymous

The world which we see today and live in is a product of what was taught to them when they were of our age. In short, the present world is a product of the education system of the past. The article begins with two quotes. The first one has emphasized the importance of education in simple worlds but it also contains a hidden meaning if one reads it properly. The quote secretly symbolises what our education system was supposed to be, but what it has become. It is very unfortunate that although we have graduated from ‘mouse the animal’ era to ‘mouse the device’ era, our education system hasn’t evolved much. And the worst part is we are not alone in this, the whole world is apparently suffering from this problem. The so-called ‘developed countries’ cannot be differentiated from the developing countries in this parameter.

Basically, our education has been reduced to judging our capacity to be able to learn answers and hold onto them until the answer sheet in the examination hall arrives. Mugging up and holding onto silly answers seems to be the only parameter on which a child’s ability is judged, and not on its application. And those who really have the application part under control, just don’t seem to hold onto the answers! Take History and Mathematics, for instance. Both the subjects are poles apart from each other; they don’t have anything in common with each other, except for the fact that they are both the most dreaded subjects all over the world. History, a subject so rich, has been reduced to one’s ability to memorise as much as possible and then blurt it on the answer sheet in the exam. For a subject which has existed for as long as man himself, this is almost an insult to it. Mathematics, on the other hand, is also dreaded, but for an entirely different reason. The subject demands application of knowledge and presence of mind, and perhaps that is the reason most of the children hate it. If that is the reason, doesn’t it suggest that we are preparing a generation of a bunch of kids who only know how to mug up facts, and are incapable of applying their knowledge to practical life?
Unfortunately, yes.

“Education is not only what can be memorised from books, it is what we can learn from the world in which we live, and be able to use that knowledge to make our world a better place to live in.”

In 1955, two of the greatest entrepreneurs in the history of mankind were born. They were both dropouts; one from Harvard, and the other one from Reed college. Both of them started their own companies, and went on to create history by single-handedly introducing the world to the age of computers. They were- Bill Gates and Steve Jobs. Both of them were dropouts; they were not satisfied with what was taught to them, and they decided to learn the tricks of the trade in their own manner, and they achieved humongous success.
Such examples only show what is wrong with the education system, it is the system itself! Testing a child until it starts crying is not a healthy way of educating kids, nor is judging them or their potential on the basis of one exam. Education is not only what can be memorised from books, it is what we can learn from the world in which we live, and be able to use that knowledge to make our world a better place to live in.

It is the responsibility of everyone, be it the society, or the parents, or the teachers and students, that they see and create a healthy environment where education is seen as the oxygen of life, rather than a bunch of exams taking place over a period of time.

“I failed in some subjects in an exam, and my friend passed in all of them. Today, he is an engineer in Microsoft and I am the owner of Microsoft.” Bill Gates.